Well, as I'm writing this, it is three weeks since the show happened.  Life gets in the way sometimes, but fortunately, no one was enforcing any deadlines on getting the copy or photos posted!

Air Supply has been one of my favorites since I first heard them in the early 80's, so I'm biased here.  They are one of those guilty pleasures, because some people will laugh or roll their eyes when you say you like them.  But guess what?  Some of those same people probably also enjoy listening to these sappy love songs, because they just ring so true.

This was one of the first shows The Palace has had since the pandemic took over last year, so it was a special thing for many reasons.  It was my first live show since Feb. of last year.  There was a good crowd to see these two guys who first started making music back in the 70's.  Graham and Russell may have slowed down a bit, but they still put on a good show and they still sould really good.  They started, as they have every time I've seen them, with "Sweet Dreams", and followed with a collection of their hits.  The crowd could be heard singing along with many of them.  Graham took time, as he generally does, to recite one of his poems and sing a solo ditty (often something comical or raunchy).

Several times during the show, I had tears come to my eyes.  Whether this was due to the nature of the music, the nostalgia of seeing a band I've seen so many times before, or just being back at a live show again, I don't know.  The emotion was real, though, and that's what music is supposed to do. 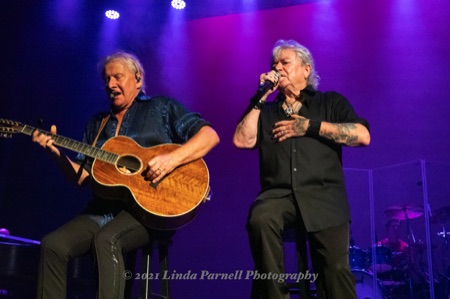 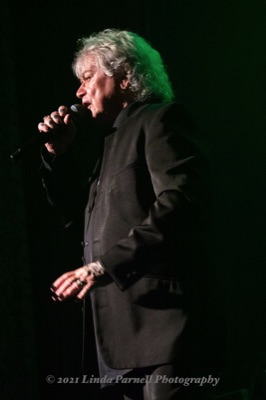 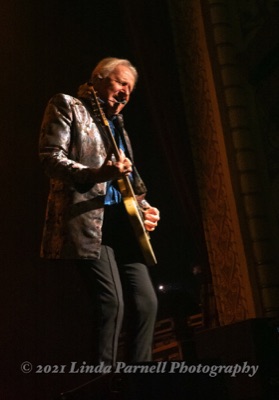