If you had asked Billy Idol, while he was still with Generation X, if he could ever see himself doing a “Vegas Residency”, I’m guessing he would have told you that you were out of your mind, probably with some colorful language thrown in.  But so many artists are doing it now, Vegas is no longer just a place for the old crooners or has-beens with no place else to go.  This show was packed and it was rocking’!

The seat came with a meet-and greet, which I hadn't planned on, but I wanted that seat (front row).  In this era of Covid, it was a "socially-distanced" meet-and-greet, so I wasn't expecting much.  The closest I ever came to meeting Billy Idol was back in the '80’s, early in his solo career, when my friends and I saw him on a sidewalk prior to a concert in VA.  This time, even though separated by 6+ feet, Billy and Steve Stevens seemed genuinely kind and interested in their fans.  Billy even asked my name, something that has only happened to me with some musicians that were signing autographs.

Whoever coined the phrase, "Money can't buy happiness," obviously never spent money on certain items or experiences.  True, that kind of happiness is fleeting, but it still is happiness, and in the case of an experience, you can feel that happiness again as you relive it.  Front row concert tickets are a great example.  For a true music lover, a concert is an amazing experience, but having front-row seats is nothing short of magical.  No one in front of you to cause any distractions - it's just you and a band you love.  And so it was with Billy Idol.

Fast forward to the show.  The excitement builds as the lights go down and you see the shadows of the musicians take the stage.  Then the lights come up and the show is on!  Billy still sounds fantastic!  He hasn't lost a step and neither has his band.  In addition to a number of his hits, they performed three songs from the new EP, The Roadside - "Rita Hayworth", "U Don't Have To Kiss Me Like That", and "Bitter Taste", an autobiographical tune about his motorcycle accident and how it changed him.  They even did one of my personal favorites, one I don't remember having heard live before - "Scream".  Unfortunately, the drunk guy next to me felt the need to get chatty right about then.  OK, even the front row has some distractions.

Billy had his daughter and little grand-daughter, Poppy Rebel, there (never fear, the little one had ear plugs).  It was the little girl's first time seeing grandpa perform.  They were standing right next to me for a while.  Billy was every bit the dotting grandpa, which was a little strange to see when you remember the punk-rocker of days gone by, but it was quite adorable.

I took my little camera, like I always do, and no one said anything about any restrictions (except no professional cameras, which is normal).  About half-way thru the show, after the entire security team has seen me taking pictures, one guy decides that my camera isn't allowed - only cell phones.  I wanted to ask him if he just made up that rule, but didn't want to get kicked out.  So, I missed some good photographic moments as a result, and looking at the photos I did get, my camera appears to have been having issues (or maybe it was me).  Photos or no photos, this show was killer, and not only will I be reliving it for a long time, but I will be looking for another show to get to! 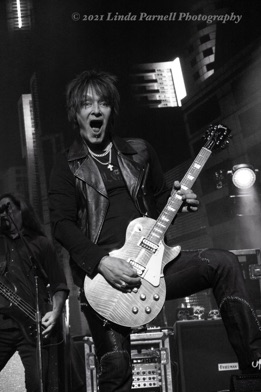 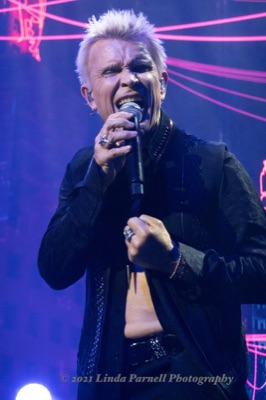 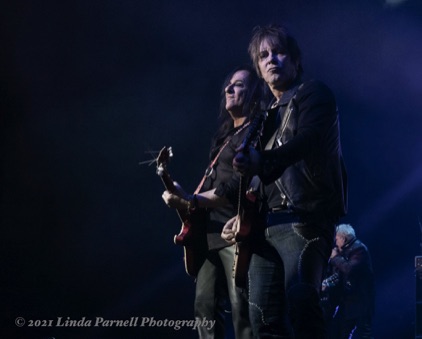