They took the stage and started singing "Seven Bridges Road" in perfect harmony, and immediately got my attention.  The band is called Levon and they are from Nashville.  While I was a little disappointed that they didn't do the whole song, I was quite happy with the rest of their performance.

I usually get to a venue early enough to catch the opening act and it's usually worth it.  Sometimes, the band is just average, but sometimes you find a band that wows you, that has good original stuff, and that you decide you want to keep track of.  Levon had that "Wow" factor, not just for me, but apparently for most of the folks at The Palace, judging by the response.

No one can accuse me of being a big fan of country music, though there are some artists and songs that I'll listen to.  For a country band to get my attention so easily is a a big deal.  Their original tunes were very good - a little reminiscent of The Eagles, CCR, Levon Helm (of The Band, part of the inspiration for their name).  All three have great voices, and Ryan Holladay sounded fantastic on their cover of Fleetwood Mac's "The Chain".  Their energy and enthusiasm was infectious, especially that of lead singer Michael David Hall.  Bassist Jake Singleton rounds out the trio, also has a fantastic voice, and as Hall noted, is the only one of the band that is still single.  (Sorry, but I didn't catch the name of the drummer.)

If you like country music or are just willing to give it a try, these guys are worth a listen, and you can find them in iTunes and social media.  They really should be experienced live, though.  I'm hoping this tour brings them good things for them and that they can keep that aging Winnebago running to get them from town to town.

REO Speedwagon actually gave themselves a tough act to follow, but they were up to the task.  A great live band, REO Speedwagon is another one of those groups that just keeps going.  They may not put out new music very often, but they hit the road on a regular basis and perform with amazing energy.  With a lineup unchanged since 1990, they are one of the most original groups out there.  They are a well-oiled machine, but are also a group of guys that love what they do.  They are having fun which shows throughout their performance and that is what makes their shows so enjoyable.  While I've always liked their music, I was never a super-fan, but I would go see them live any day, because their shows are all that and more.

Vocalist Kevin Cronin look like someone's white-haired grandfather, but he still runs around the stage like a kid and his voice is nearly unchanged from the bands heyday.  Bassist Bruce Hall has slowed down a little, but is still always smiling, and often seems to be sharing a joke with Cronin or guitarist Dave Amato.  Their joy on stage is infectious and the crowd couldn't help but get into it.

This tour was in support of the 40th anniversary of Hi Infedelity and they did multiple songs off the album, in addition to their other hits.  Hard to believe it's been 40 years.  Where does the time go?  I'm already looking forward to their tour with Styx and Loverboy in the summer. 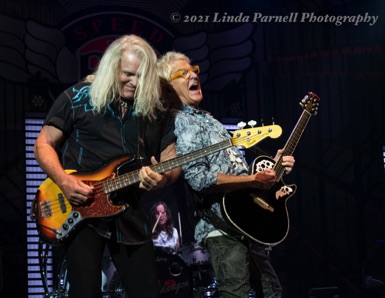 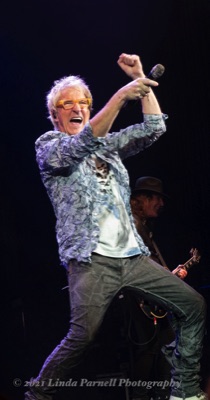 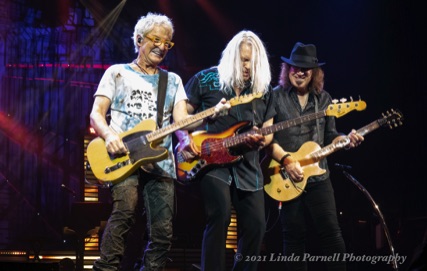