Rod Stewart has been around forever, but watching him on stage, he seems almost timeless.  His current show has the feel of a Vegas show, with all of his background singers/instrumentalists, wardrobe changes and elaborate stage scenes, but the show is by no means stale or boring.  The man is a wonderful showman and still has a great deal of energy as he runs thru a set of his hits - some ballads and some rockers.  He obviously is having fun and doesn’t take things too seriously, which makes for a light-hearted show.  His voice hasn’t changed a bit, except maybe to get better, if that is possible.  The crowd sang along at all the right times, as I've seen so many times at his shows, and he still sends a few soccer balls sailing into the crowd.  Once again, I didn't get one, but I have another chance in the summer. 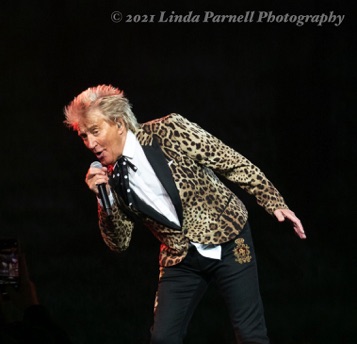 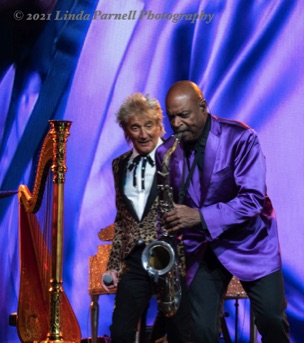