The Palace Theater plays host to quite a few good shows every year.  2020 has gotten off to a great start, with Cheap Trick appearing there last night.  Live at Budokan was one of my first albums, but as much as I love Cheap Trick, I had never seen them as a headliner - always supporting someone else.  Their shows have always been great, though, so I was really looking forward to this.

The seat I chose came with the VIP experience and a meet and greet.   While trying to decide what to wear, I remembered the Top Gun shirt I have.  Not knowing what the M&G would be like and not being the best at small talk, I was hoping it might get a comment from the guys.  Well, it did better than that!  After I set my stuff on the table, Rick said "Hey, it's Top Gun!" before he handed me one of his signature guitar picks.  Then Robin started singing "Mighty Wings" (their song from the movie)!  Now, that is the kind of reaction I'll remember!

The show started, and for once, despite the age of some of the folks in attendance, the crowd was standing from the beginning, and remained so, with few exceptions for the entire set.  They kicked things off with the traditional "Hello There" and except for the fact that it was missing "Ain't That A Shame", the set list contained everything I really wanted to hear.  One thing about them is that they do change up their set list from show to show, so it's never exactly the same as the last.  Robin Zander sounded great and looked great too.  He does not seem to age.  One of his sons (Daniel, I believe his name is) played guitar with them the entire night.  Rick Nielsen doesn't seem to have changed much either over the years.  He doesn't run around the stage quite as fast as he used to, but but he still does run around and somehow manages that huge, 5-neck guitar at the end of the show.  He has the most amazing collection of guitars - each a work of art.  One thing I regret was that I couldn't get better pictures of them.  Tom Petersson is always a bit more in the shadows, and sometimes hides his amazing smile behind the ever-present bandana.  He sang his usual "Waitin' for the Man".  His ability to play that 12-string bass has always amazed me.  Daxx Nielsen, Rick's son, is on drums.  They keep it in the family!

At one point, Rick introduced a fan in the front row.  This was her 218th show, and she came from Japan to little Greensburg, PA to see her favorite band.  That is some serious dedication, and it also has to tell you something.  Personally, I'll have to look for more headlining show.  It was definitely worth it!

You Got It Going On

If You Want My Love

She Said She Said

Waitin' for the Man

I Want You to Want Me 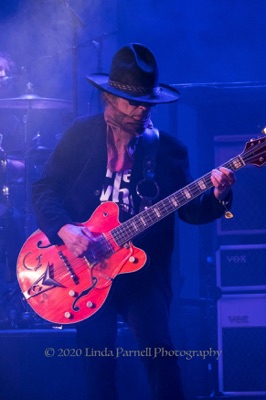 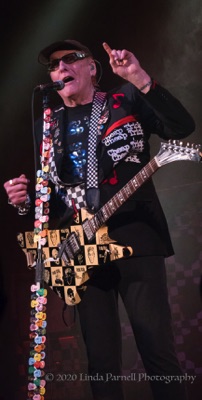 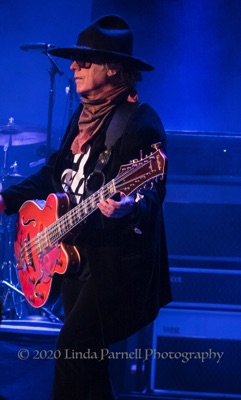 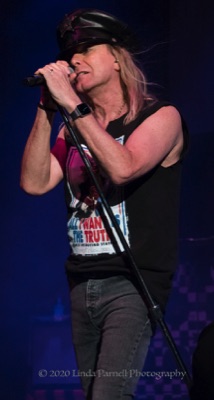 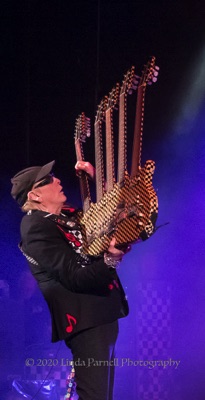