This show was almost an afterthought, having only decided to go a couple of weeks ago when a few seats in the front row appeared.  Since I haven’t seen these guys in the past year, and not since before they started the Traveler Tour, front row was too good to pass up.  The venue is about 2 hours away, it was cold and a bit dreary out, and I had heard the venue wasn’t the best.  It would have been easy to change my mind and curl up with a good spooky movie and some hot chocolate instead.  But then I remembered that these guys always put on a kick-ass show and that the trip would be well worth it, so I hit the road.

The drive was easy enough, if a bit long.  The venue used to be the Hard Rock, but there was nothing fancy about it.  If it had the decor of other Hard Rock venues, MGM managed to erase most of it.  The acoustics were less than stellar, the seats a bit cramped and the floor appeared flat (which would be tough for vertically challenged individuals like myself if not in the first few rows).  All-in-all, I don’t think this will ever become my favorite venue, but I’ll make the trip again if the artist is worth it.

There was no opening act and the KWS Band came on shortly after the stated start time of 7:30 pm.  This was a continuation of the tour in support of the new Traveler album.  Admittedly, I may be a bit biased when it comes to these guys, but every time I think they can’t possibly outdo themselves, they go and do just that.  The Traveler is a fantastic effort, with both original tunes and covers.  The band played five of those tunes tonight, - including the four they led with - “Woman Like You”, “Mr. Soul”, “Long Time Running” and “I Want You”.  That was one of the best starts to a show that I’ve seen in a long time.  While all four songs are outstanding, “I Want You is just a classic, down & dirty blues tune that Kenny sings perfectly, and I was so glad they included that one.

The set continued with a mix of tunes from various times in their career - “Diamonds and Gold”, “Talk to Me Baby”, “Heat of the Sun” (which they often play but was especially soulful tonight), “Down For Love”, “Shame Shame Shame”, “Turn To Stone” (also from The Traveler), then for their encore - “Blue On Black”, “King Bee” and “Voodoo Child”.  Each song showcased Kenny’s impeccable guitar playing with the solo sections extending as long as Kenny’s heart took them.  The songs are songs are unique every time, making each show special.  Instead of his usual Jimi Hendrix replica guitar that he always uses for Voodoo Child, he used a glittery, copper colored one that he relied heavily on the entire show.  Beautiful instrument.

They brought along a saxophonist and trumpet player for this show (presumably they’ve been on the whole tour), who added more depth to their usual sound.  Joe Krown was back on keys (he was MIA the last time I saw them).  Noah Hunt’s vocals were spot-on, as always.  He’s an outstanding vocalist, well suited for this type of music, and one of my personal favorites.  He seemed quite relaxed, playing to a crowd so close to his hometown of Cincinnati.

They played for roughly an hour and 45 minutes, but it seemed like no time at all.  There are some bands, and some artists in particular, that can be just mesmerizing on stage, so that you don’t even notice the time passing.  This is one of those bands - for me at least.

All photos were taken from the crowd.  The lights, stage height and positioning of monitors were a bit challenging, so I did the best I could. 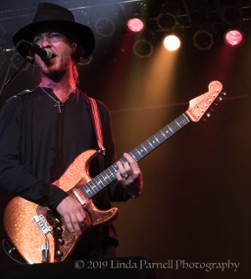 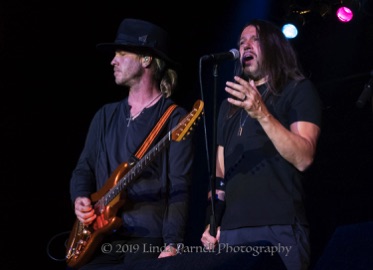 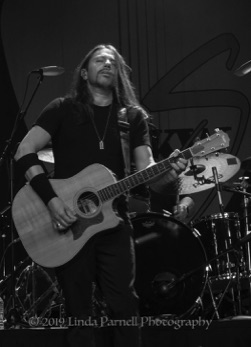 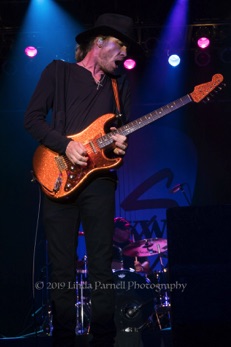 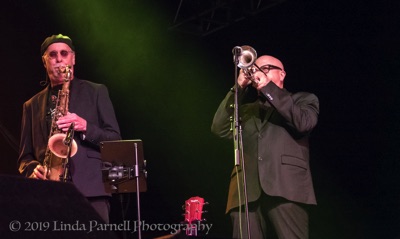