Cheap Trick amazes me.  There are plenty of bands from this era that still tour regularly and some still put out new music from time to time, but Cheap Trick does both consistently.  Whether touring in support of another band or as headliner, their schedule could probably make younger men cry, and new music seems to flow from them like water from the fountain of youth.  And speaking of the fountain of youth, all of this music making must be theirs, because they don't seem to age and their always is plenty of energy in their shows.

In Feb. 2020, Cheap Trick was on a headlining tour and was the last band I saw before the world was shut down for this pandemic called COVID.  It only seems fitting that Cheap Trick was one of the first that I should see after the world opened up again.  On a headlining tour in support of their new record, In Another World, released this year, Cheap Trick made a stop by a local venue and I was lucky enough to get a prime seat.

With Tom Petersson still recovering from heart surgery, Robin Zander's son, Robin Taylor Zander, filled in.  He did a fantastic job, even channeling a little of Tom's vibe and singing superbly on "Downed".  This band keeps it in the family, with Daxx Nielsen on drums.  The time off from touring seems to have been a blessing for Robin's voice, because he sounded fantastic.  Rick Nielsen was his usual, zany self.  He may not quite run around the stage like he used to, but he does still get around it, interacting with the crowd and tossing guitar picks (if you're within the first 15 or so rows and can't manage to get one, you aren't trying very hard).

It's always nice to see Cheap Trick in a headlining role, because they have so many good songs and the limited set they are allowed in a supporting role is just not enough.  It's fun to see what they will put in the rotation, because it's never the same from night to night.  It's also fun to see where people came from, because they have almost a cult following, with many traveling from town to town to see as many shows as they can.  This year, there were some folks from Canada (good thing they opened the border) and Rick had a delightful time teasing them.  The energy grew as the music played on, but before we knew what happened the show was over.  I can see why people go to multiple shows, because they are like potato chips - one isn't enough!

Ain't That a Shame

I Want You to Want Me

In Another Workd (Reprise) 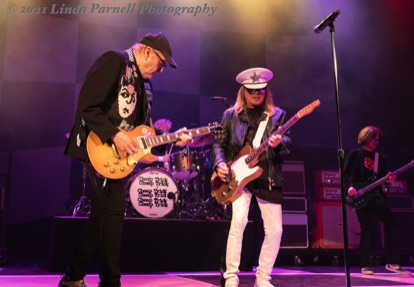 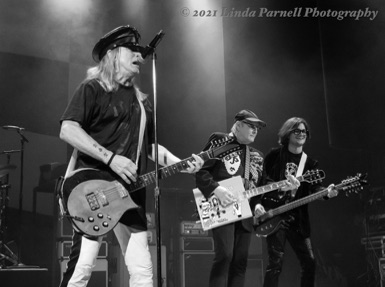 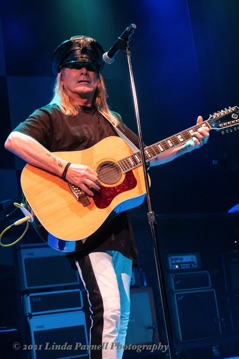